the scars that you incise
will never go away

I don't miss you

Are we alone, Do you feel it?
So lost and disillusioned
Top

You know it's not all the time
That a man can have a good woman,
A woman that he can call his very own,
A woman who will stay right there at home
And mind the children while he's gone to work,
A woman who will have his dinner cooked when he comes home.

Where some men make mistakes
Is when they go out and stay,
Because they feel that no other man wants his woman but him.

If you think no other man wants her
Just throw her away and you will see,
Some man will have her before you can count --
One, Two, Three.

Heh heh, listen girls, this goes for you too --

Because you know i've seen so many women
Who've had so many good men in life,
Men who would stand by 'em through thick and thin,
Men who would go to work every day
And bring home their hard-earned pay,
Men who would give their women
Anything that their little heart desire.

Where some women make mistakes
Is when their men go out and let 'em play,
They would stay,
Because they felt that no other women wanted him but her.

If you think that no other woman wants him
Just pitch him out in the streets and you will see,
Some woman will have your man before you can count --
One, Two, Three.

Sweet child o' mine
Sweet love of mine

Suck my ass it smells 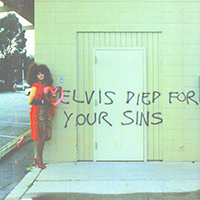 Time keeps movin' on,
Friends they turn away
I keep movin' on
But I never found out why
I keep pushing so hard the dream
I keep tryin' to make it right
Through another lonely day, whoaa

Dawn has come at last
Twenty-five years, honey just in one night, oh yeah
Well, I'm twenty-five years older now
So I know we can't be right
And I'm no better, baby
And I can't help you no more
Than I did when just a girl

You sold platinum round the world, I sold wood in the hood
But when I'm in the street, then shit it's all good

Simon Says (Get the Fuck Up)
Pharoahe Monch
Top

Since you've gone I been lost without a trace
I dream at night I can only see your face
I look around but it's you I can't replace
I feel so cold and I long for your embrace
I keep crying baby,baby please!!!